The location of our hotel could not be better! The geographical location in the middle of the natural Park „Blaue Adria” offers plenty possibilities for recreational and sporting activities.

Activities around the hotel

The location of Hotel Darstein in the Rhine-Neckar metropolitan region makes it possible to do beautiful day trips. Plenty destinations of excursions can be reached in a couple of minutes. Hereafter you can find a small selection of them:

The “Deutsche Weinstraße” trails about 85 kilometers through the wine country of Palatinate and is one of the oldest tourist streets of Germany. The street begins at the German Wine Gate and reaches up to The House of the German Wine Route in Bockenheim.

Heidelberg is one of the most famous and popular cities of Germany. The old university-city, which was a residential city of the Electoral Palatinate in former times, is idyllically located nearby the Neckar. Many historic houses and alleys make the city unique.

Speyer was founded on roman settlement and is one of the oldest cities of Germany. The Imperical Cathedral is the biggest preserved Romanesque church in the world. It is one of the UNESCO World Heritages.

The concise clathrate disposition of the streets in the center of the cities makes Mannheim be called the “city of squares” in Germany. Because of its high cultural diversity Mannheim is unique in the Rhine-Neckar metropolitan region. Its castle is one of the largest baroque sites in Germany. The SAP Arena is the largest multifunctional hall in Baden-Württemberg and one of the most modern sport and event halls in Europe.

Ludwigshafen is located opposite of Mannheim. The headquarters of BASF, the world’s biggest chemical company is located in Ludwigshafen. Moreover there is a big shopping center called “Rhein-Galerie” - it is located directly at the river Rhine. The city also has a wide range of cultural offerings: The “Pfalzbau” congress center hosts theatres, cabarets as well as classical and modern concerts. The “Wilhelm Hack Museum” offers top-class exhibitions of modern and classical art.

In the city of the Nibelungen which is located between the Rhine-Neckar metropolitan region and Rhine-Main there is one of the three Romanesque Imperial Cathedrals (Speyer and Mainz). Worms is one of the oldest cities of Germany. 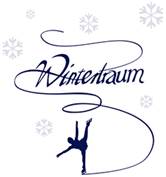 Hotel Darstein is located in the middle of the recreational area “Blaue Adria”, centrally in the middle of the Rhine-Neckar metropolitan region between Ludwigshafen, Speyer and Mannheim. Our hotel provides a perfect environment for conferences, weddings, family events and many other parties of any size as it is located directly in front of the lakeside. Our special offer “Bed & Bike” welcomes every single cyclist. Our restaurant spoils you with international creations as well as Palatinate delicacies and Palatinate Wine. 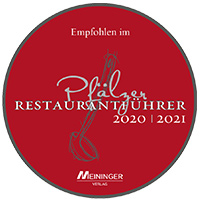